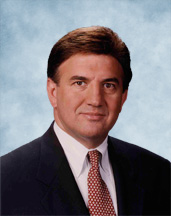 As co-founder of Executive Counsel, David brings diverse and extensive expertise in the areas of legal, business and political government relations to the organization. David acts as General Counsel and Secretary for many companies, including: Republican Technology Council, a non-profit organization helping bring together policymakers and technology executives on issues that impact the technology industry and society as a whole and Sands Research, Inc, a neuromarketing company that delivers Neuromedia services that empower advertisers.

David’s concentration is in high technology and services companies and he has counseled his clients from Corporate Structures and Human Resources to Licensing and Services transactions (Commercial and Federal) to include:

David has been a speaker or panelist in a number of venues on topics including Corporate Transactions, Employment Relations, Intellectual Property and International Expansion.